This post examines 2016’s top insects trends through the eyes of the UW Insect Diagnostic Lab and is the second post in a three part series.  The first post of the series (2016’s diagnostic lab statistics) can be found here. 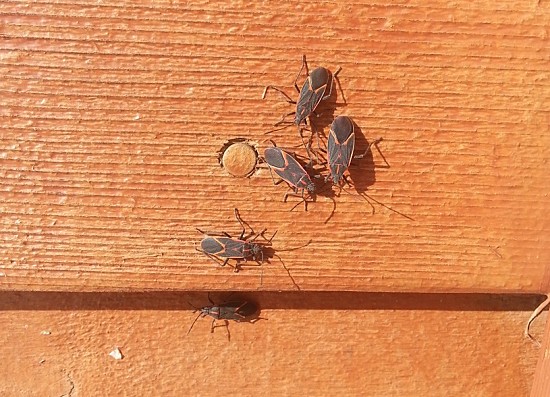 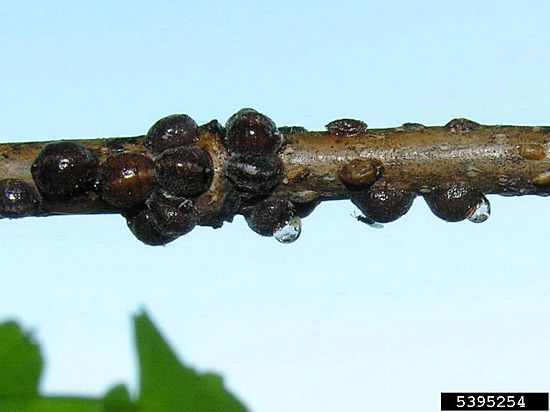 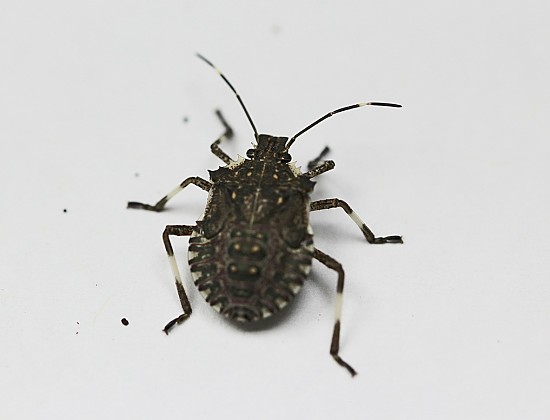 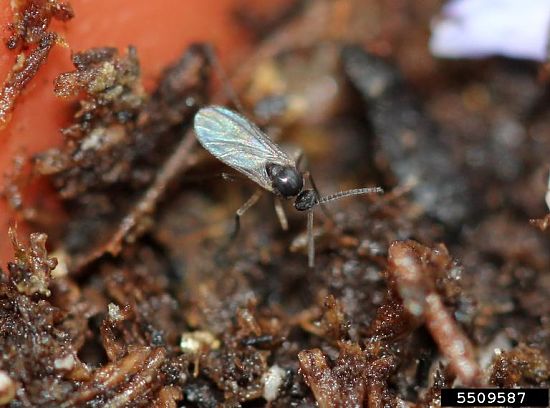 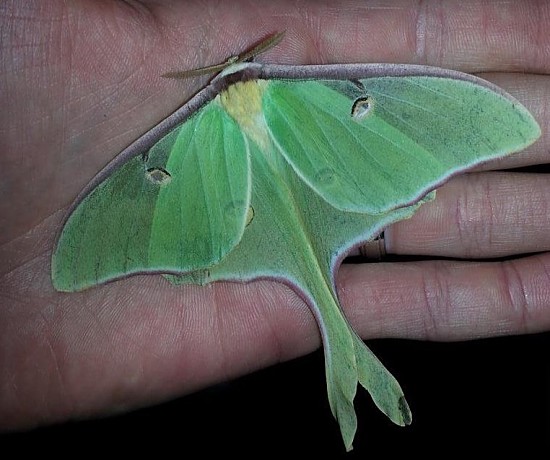 10) Boxelder Bugs:
Many insects (like mosquitoes and fungus gnats) thrived in Wisconsin’s rainy conditions last year. However, heavy rains can also be a blessing in disguise when it comes to certain insect pests. Gypsy moth caterpillars, for example, can be killed off by the entomopathogenic fungus Entomophaga maimaiga under damp conditions. Heavy spring rains the past few years likely encouraged this fungus, which has helped keep gypsy moth numbers low in many parts of the state. Rainy conditions can also encourage a fungal disease of boxelder bugs. With the rainy conditions in many parts of the state, boxelder bug populations were expected to be low last year. Disease pressure from the fungus must have been limited in 2016 as boxelder bug numbers were surprisingly high in many parts of the state, much to the chagrin of homeowners hoping to avoid the tiny red-and-black home visitors in the fall.

9) Scale Insects
Scale insects are truly bizarre creatures. For example, the magnolia scale (#1 of 2015’s top insect stories) can look more like a fungus than an actual insect. As in 2015, many reports of scale insects came into the UW Insect Diagnostic Lab last year, especially during the spring and summer months. The most commonly encountered type was the lecanium scale, which can blend in on twigs and resemble deformed plant buds. Both magnolia and lecanium scales produce copious amounts of sticky, messy, honeydew, which can attract ants and wasps, and lead to the growth of black sooty mold. In many cases, scale insects can be notoriously difficult to control. Luckily, over time there are a number of natural enemies (tiny parasitic wasps) that help bring outbreaks under control. With two consecutive years of high scale insect populations, 2017 may be the year that the natural enemies help bring the situation under control.

8) Brown Marmorated Stink Bug
Reports of the brown marmorated stink bug in 2016 were very similar to the previous year. Dozens of sightings of this relatively new invasive species were reported, mostly from the southern part of Wisconsin. Dane County (Madison area) continues to be the hot spot of BMSB activity in the state with additional activity in the Milwaukee/Waukesha area and the Fox River Valley. A few counties had their first confirmed reports of BMSB in 2016: Sauk and Columbia. Also of interest were the first reports of these insects on plants (previous reports involved insects overwintering in buildings). In addition, some of the first observations of juveniles and mating adults occurred in the state. Those observations confirm that the brown marmorated stink bug is breeding in Wisconsin and is likely to continue to increase its numbers in the future. This insect is expected to be a concern for vegetable growers, fruit growers, and home gardeners in the coming years.  For more information on this emerging insect pest, there’s a series of articles available at  Wiscontext.org.

7) Giant Silk Moths
Some of the Midwest’s largest insects had a big year in 2016—the giant silk moths. Wisconsin is home to a number of giant silk moth species, including the cecropia moth, polyphemus moth, imperial moth, promethea moth, and the ever-so-elegant luna moth. Historically, these sizable moths [4-5”+ wingspan] used to be more common in many parts of the country, although their numbers seem to have declined over time. This may be partly due to landscape/habitat changes, urbanization, and accompanying light pollution. Parasites are likely a key factor in this situation.  The parasitic fly Compsilura concinnata, originally imported to control pest caterpillars such as the invasive gypsy moth, also happens to attack and kill a number of wild silk moth caterpillars  and can have significant impacts on their populations. However, numerous reports coming in to the UW Insect Diagnostic Lab indicated that giant silk moth numbers might have been up in 2016 compared to the past few years.

If you ever come across one of these majestic and fascinating creatures, consider yourself lucky—adults are notoriously short-lived as they can be a substantial meal for bats. Species such as the luna moth even have special structures to help evade sonar detection by bats.

6) Fungus Gnats
If you noticed plagues of tiny, dark-colored flies in your backyard in late summer and fall, you certainly weren’t alone. Spurred by the rainy conditions, fungus gnats were extremely abundant in many parts of the state last year. As larvae, fungus gnats live in damp, decaying organic materials—rich soil, decaying plants, compost piles, and similar. Fungus gnats themselves are harmless and don’t bite, but could have been a minor nuisance in the backyard. In many cases, fungus gnats were also spotted indoors this fall. In those situations, the fungus gnat larvae could have easily been living in the damp soil of potted plants brought indoors for the winter months. If over watering of indoor plants continued, the fungus gnats persisted indoors as well.