Caseload
It was another busy year around the UW Insect Diagnostic Lab. By the end of 2016, the lab had identified 2,444 specimens, slightly up from 2015’s record number of 2,423 specimens. As in 2015, ~95% of these cases came from within Wisconsin, with just over 4% of samples coming from other states and ~1% coming from other countries. 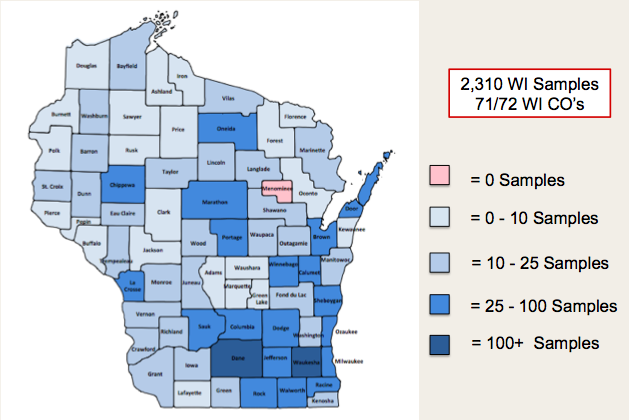 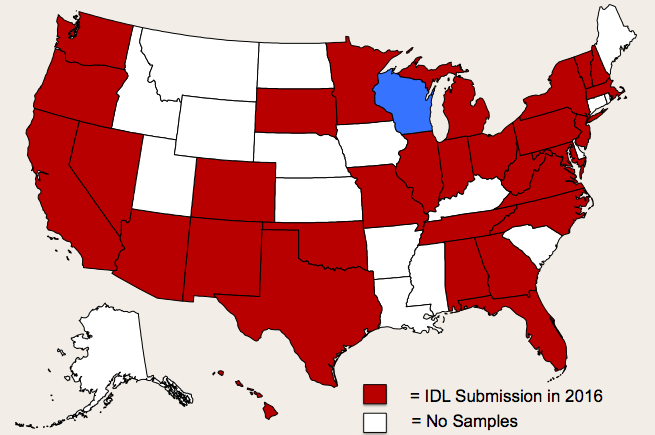 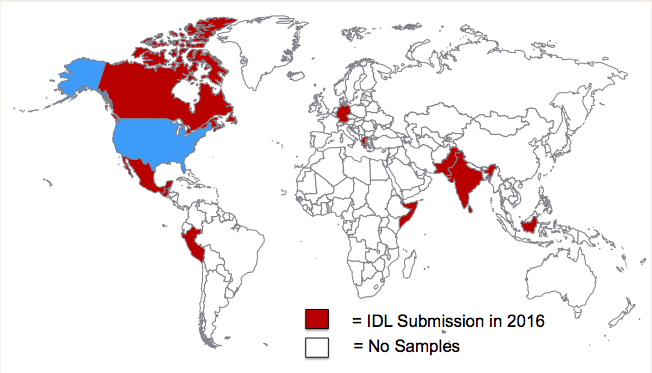 Sample Submission
Overall, lab statistics were very similar to other years in the recent past, with roughly half of the lab samples coming in during the months of June, July, and August. The majority of samples consisted of digital images coming in from the general public. County Extension offices and agents accounted for the next largest number of samples, having submitted over a quarter of all samples processed in the lab. Other sources of samples included the green industry, medical and public health professionals, pest control professionals, farmers and agricultural consultants, and other colleagues in the UW system and state or federal agencies. 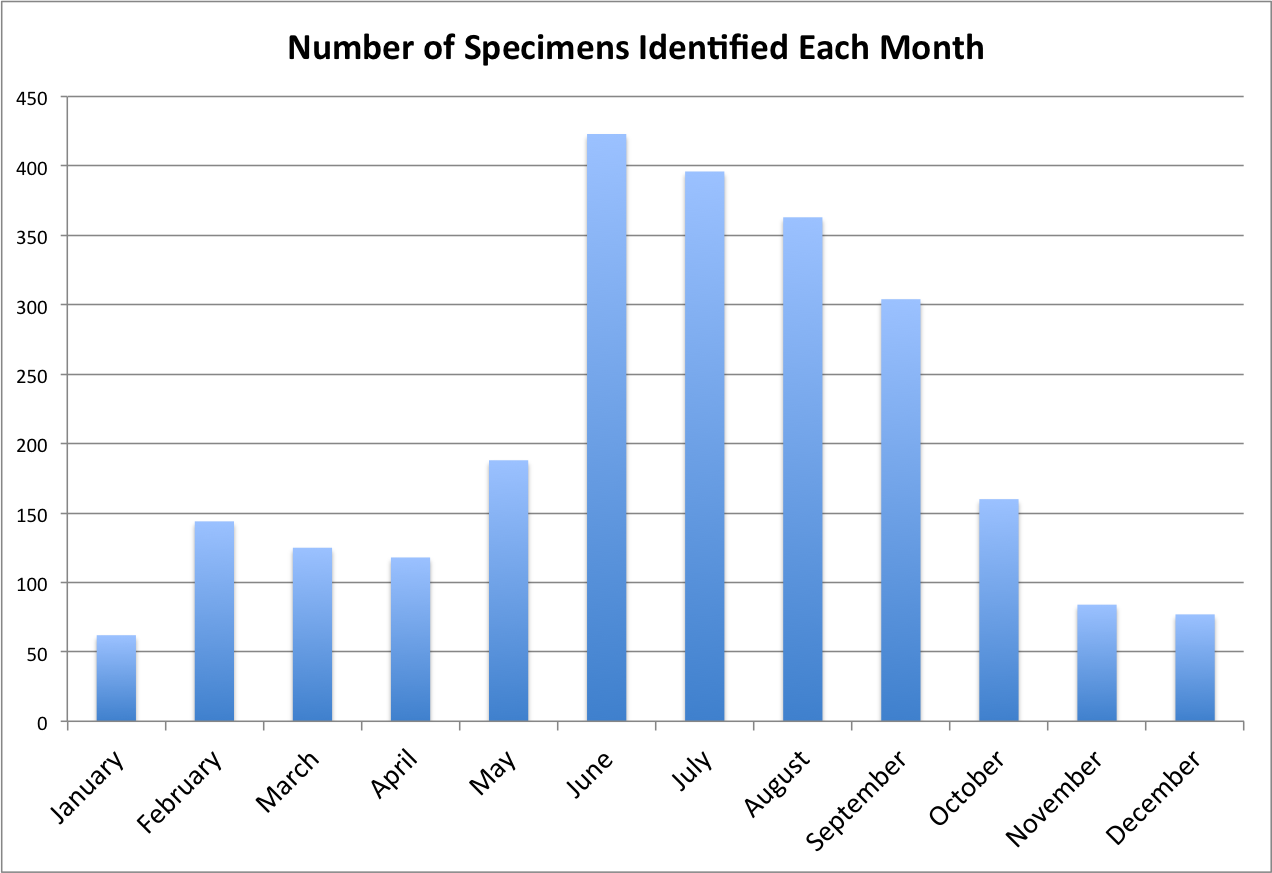 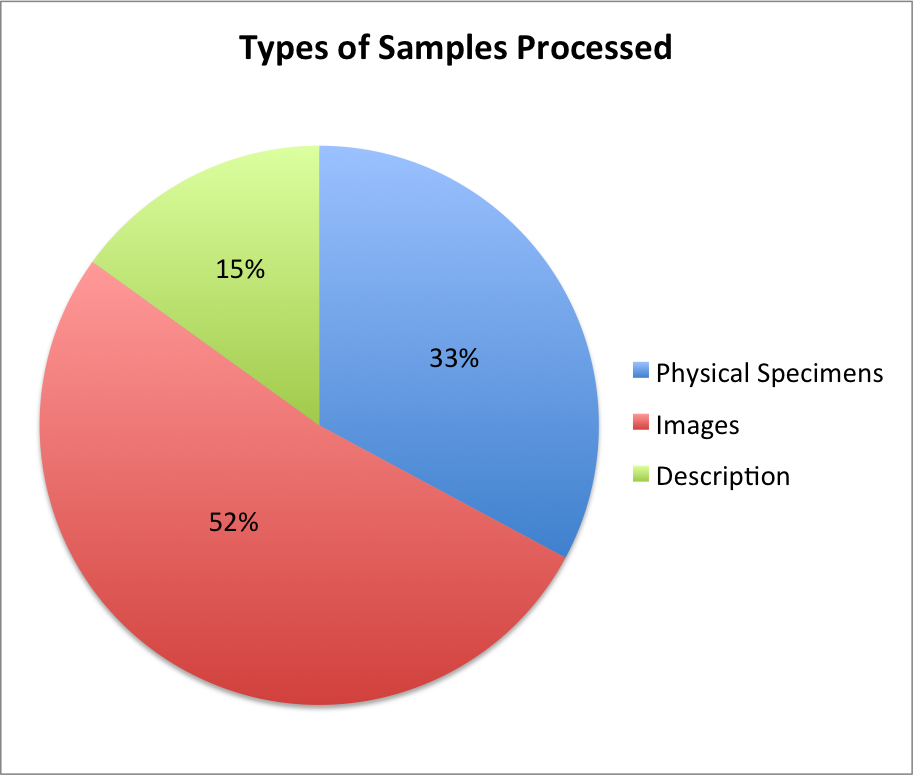 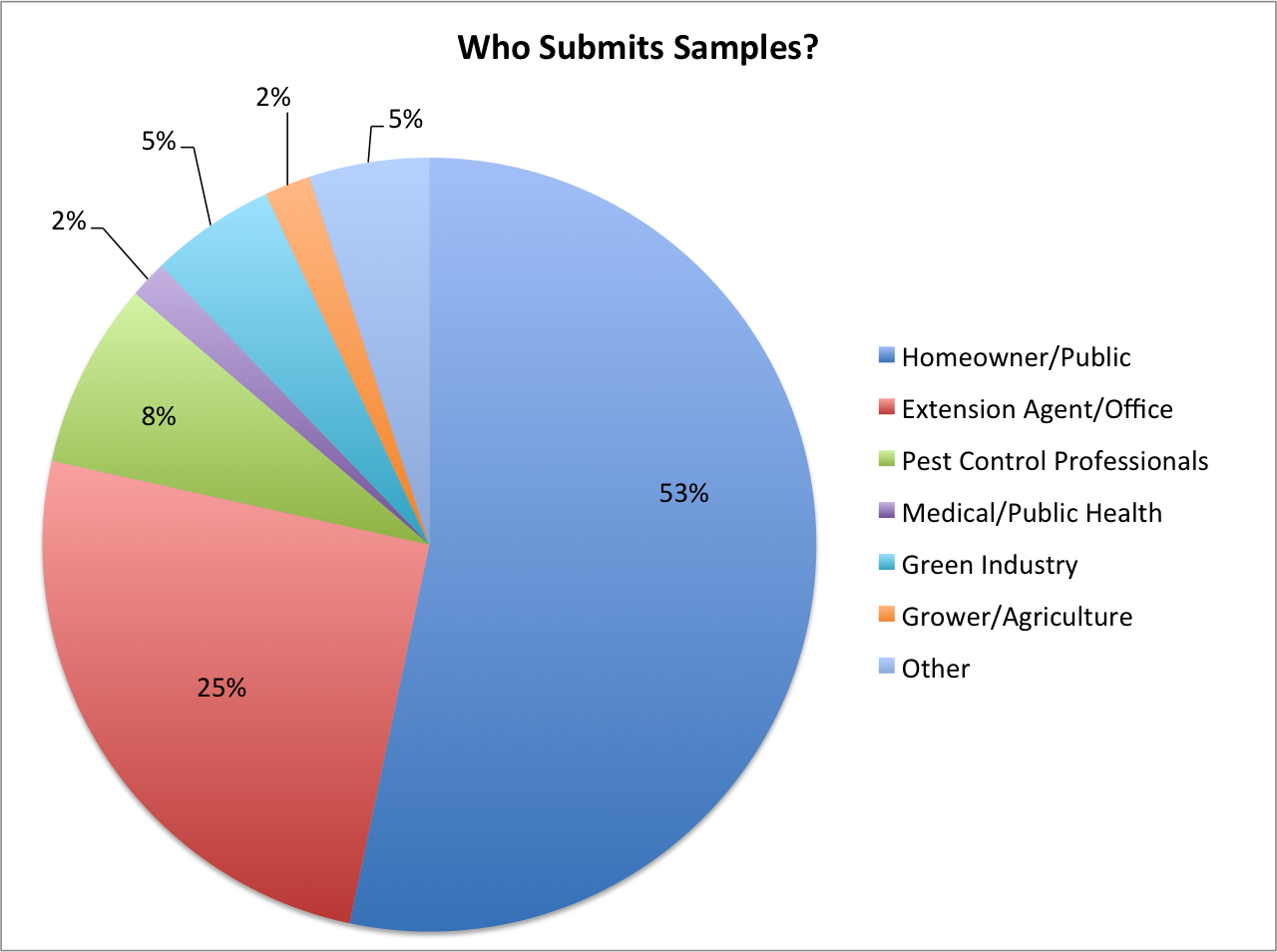 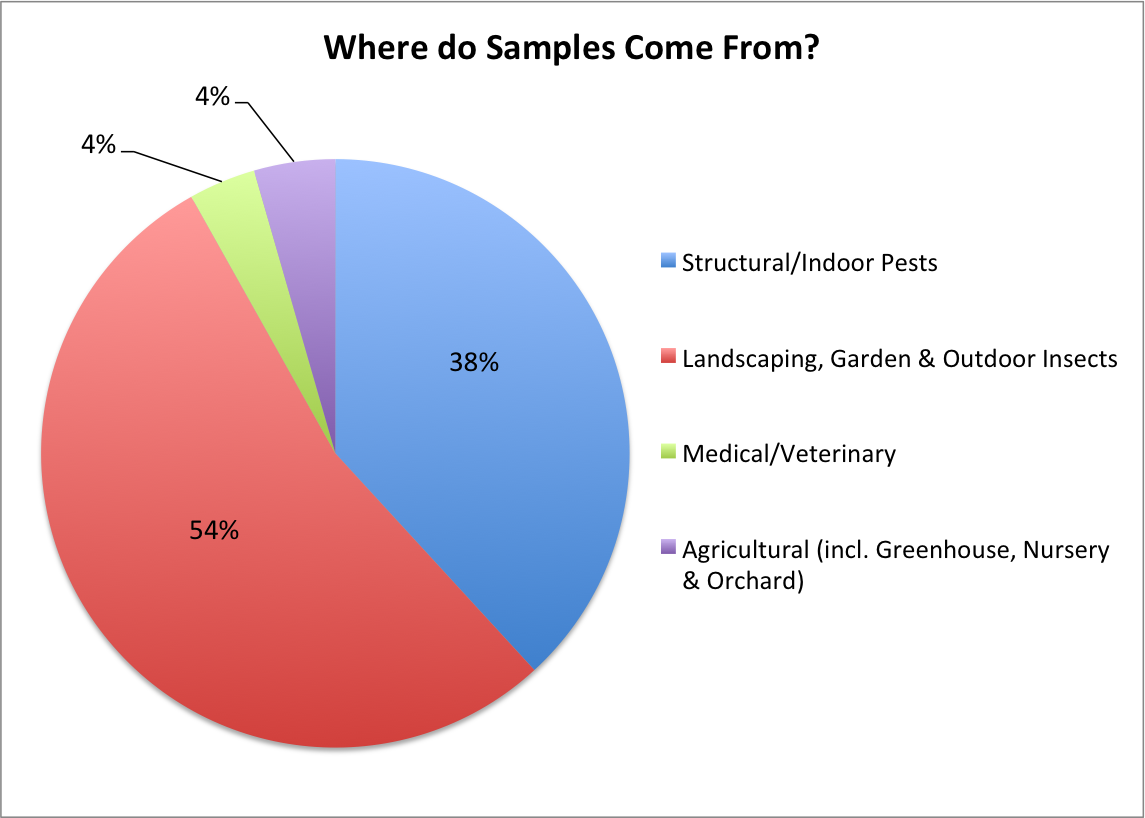 Sample Identity
Very similar to 2015, over 90% of the specimens came from five major groups of insects:

Outreach efforts of the IDL in 2016 included over 90 public talks at a variety of events throughout the state, over 30 media interviews, and regular appearances on Wisconsin Public Radio’s “The Larry Meiller Show”.  Numerous articles and other publications came out of the lab in 2016, including a Wisconsin Bee Identification Guide and an urban pollinator conservation guide to help increase awareness of pollinators and pollinator conservation. The services provided to Wisconsin residents by the UW Insect Diagnostic Lab and its outreach efforts are one of the many examples of the Wisconsin Idea.