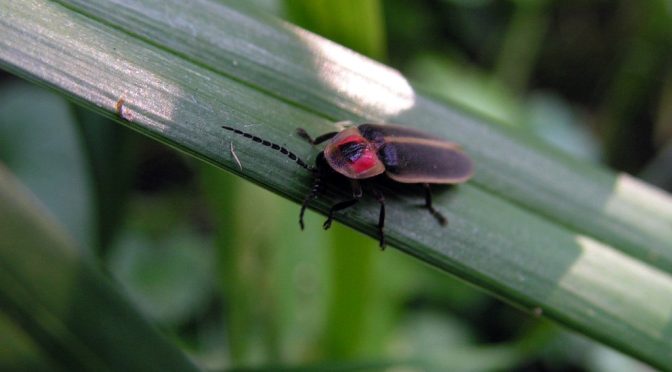 If you’ve noticed all the lawn signs for mosquito treatments, you may be wondering if mosquito yard sprays harm other insects. If so, you’re not alone.  As an Extension entomologist, this is a common question that I get from the public every year.  To get to the bottom of this question, it helps to understand the different types of mosquito spraying that’s done.

One approach (Ultra Low Volume or ULV) is sometimes used by municipalities or abatement districts to control mosquitoes.  These ULV applications generally involve using specialized equipment mounted on trucks or aircraft to apply extremely tiny droplets which kill adult mosquitoes by direct contact as the droplets float in the air.  Such applications use very small volumes of insecticides either undiluted or with minimal dilution and are often applied after dark when mosquitoes are most active.  The microscopic droplets from ULV treatments disperse relatively quickly and have little residual activity—think of them like a “one time strike” to knock down mosquito numbers.

The vast majority of research on mosquito sprays and non-target organisms has looked at these ULV-type treatments.  Some good news is that these studies suggest that impacts to non-target insects are relatively small and short-lived.  It turns out that the ULV treatments are most effective on insects with very small body mass, so insects larger than mosquitoes tend to be spared.  A good summary of the impacts of ULV treatments on non-target organisms can be found in a 2012 review paper by J.A.S. Bonds in Medical and Veterinary Entomology.

Case closed, right?—Not quite. Here in Wisconsin, we don’t really use ULV treatments a whole lot for mosquitoes.  The common yard treatments are what we’d call “perimeter”, “barrier”, or “residual” treatments.  Such treatments are applied via a backpack sprayer to create a coating or “barrier” on treated surfaces which affects mosquitoes that land on it.  These treatments involve applying a residual insecticide (usually from the pyrethroid group) to vegetation in yards and around structures.  The pyrethroid products are broad-spectrum and often last for a few weeks or longer depending on the formulation.  These same ingredients (and sometimes the exact same products) can also be used to control a wide range of yard, garden, and structural pests (e.g., Japanese beetles, garden pests, household ants, etc.).

While the pyrethroids are very common and widely used for a range of purposes, there’s a knowledge gap when it comes to the impacts of mosquito “barrier” treatments on other insects.  While this knowledge gap exists, a few studies raise concerns.  One study by Dr. Karen Oberhauser and colleagues found that monarch caterpillars could be harmed or killed even 3 weeks after spraying.  A more recent (2022) study by Qualls et al. found that honey bees were harmed 28 days after “barrier” treatments were applied.  Thus, if a yard is being sprayed for mosquitoes monthly during the warm season, there are reasons for concern.  More research is needed to help understand the effects of these “barrier” yard treatments on insects that often land on vegetation in yards, such as moths, butterflies, fireflies and other beetles, true flies, bees, wasps and other pollinators. 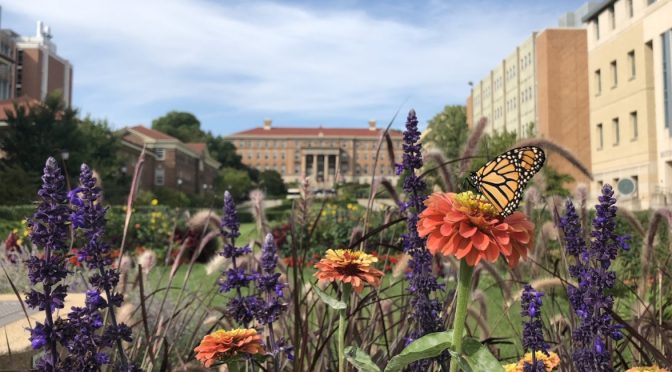 Endangered. It’s an imposing term and not one to be taken lightly. Monarchs have been in a perilous spot for years and there have been rumblings of potentially listing monarch butterflies (Danaus plexippus) as endangered by the US Fish & Wildlife Service. After delays, we finally received a decision in December of 2020—“warranted but precluded”.

In a technical sense, labeling a species as endangered isn’t as simple as merely placing it on a list. There’s a lengthy review process and potential species are evaluated in terms of how pressing their situation is. In the case of monarchs, the “warranted” part of the decision indicates that monarchs are indeed in need of protection. The alarming part is the “but precluded” statement—it essentially means that other species are facing even more pressing situations and are ahead in line. Some consider us to be in the midst of the “sixth” major extinction event on planet earth, although this one differs in that it’s caused by humans. In short, there are a lot of species that will be facing declines and extinction. At the time of the monarch’s decision from US FWS, there were currently 161 other species listed ahead of monarchs in the priority queue.

Unfortunately, since the US FWS decision last December, we’ve had some alarming news come out about monarch populations. First, it’s helpful to understand monarchs in the US as we actually have two main populations: a western population and an eastern population.

The western population can be found in states such as California, Oregon, Washington, Idaho, Nevada, and Utah west of the Rocky Mountains (a natural barrier to dispersal). While we may think of monarchs migrating to the area outside of Mexico City, this western population heads from their summer grounds to overwinter in parts of southern California. Unfortunately in January of 2021, the Xerces Society reported that only 1,914 total overwintering monarch butterflies were counted—a 99.9% decrease over the last 30 years. For comparison, a similar assessment conducted  in 1997 estimated over 1.2 million overwintering monarchs. Experts have estimated a critical “extinction threshold” of 30,000 monarchs for this western population to hang on. With fewer than 2,000 monarchs spotted in late 2020, the western monarch’s situation can’t get any more urgent.

While monarchs may be in a tight spot, they aren’t gone yet. With the “warranted but precluded” finding, the US Fish & Wildlife Service now considers monarchs a “candidate” species for listing and will continue to assess the situation as higher priority species are added to the endangered species list. In the meantime, if you’re looking for ways to help monarchs, the Wisconsin Monarch Collaborative was created in 2018 to coordinate conservation efforts of this species in our state—check out their website to see what you can do to help the monarchs: https://wiatri.net/Projects/Monarchs/.