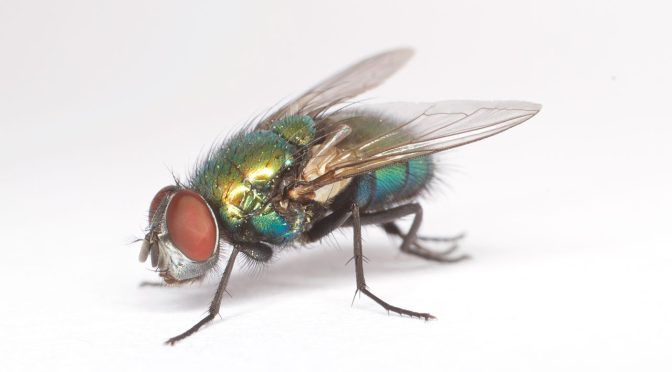 Each insect species has a “story” to tell—where they came from, what they do, and what their presence means for humans. Knowing this story can make a big difference when it comes to our own actions.  For example, imagine finding an insect near your bed.  If you recognized the insect as a harmless ground beetle that accidentally snuck in from outdoors, you might shrug your shoulders and carry it outside in a Tupperware.  But, if the insect were a blood-feeding bed bug, it could mean an expensive bill to have your home professionally inspected and treated by a pest control company.  Knowledge is power!

In my mind, the first step towards getting this knowledge is through proper identification.  I say this with a certain amount of endearment, as I am an insect diagnostician after all.  However, once you’ve properly identified an insect, it’s easy to look up its “story” (biology, behavior, etc.) in books, websites, or even the scientific literature.  This process can allow you to more efficiently identify the root of a problem (if there is one) and figure out a solution.

A good example of this concept would be flies in and around homes.  There are easily dozens of different types of flies that can be encountered in typical yards and homes in the Midwest and each has a slightly different story to tell.  Some can breed in piles of grass clippings or seaweed (e.g.,  stable flies), some parasitize earthworms but like to sneak indoors (e.g., cluster flies), and others can hitchhike on plants.  A common and widespread group of flies is the Family Calliphoridae—the blow flies.

Luckily, blow flies can be identified easily in many cases due to their metallic green or bluish coloration. Some members of this group are even known as “green bottle flies” or “blue bottle flies” due to their distinctive colors.  Overall, the blow flies are mid-sized flies and are often slightly larger than house flies (~1/4 – 3/8” long).  The larvae are your stereotypical pale and slender “maggots”, although they can be definitively distinguished from similar-looking fly larvae under the microscope.

When blow flies are found indoors, it’s often easy to understand the situation and remedy the problem.  One of the biggest factors in the “story” of blow flies is dead stuff.  Out in nature, blow flies play an incredibly important role in helping break down dead animal matter.  These flies are often the very first insects to show up at dead animals—sometimes within seconds.  After laying eggs, the resulting larvae do a lot of work feeding on and breaking down animal tissues.  Being poikilothermic (“cold-blooded”), they also develop at a predictable rate depending on the temperature, so these flies are even used to estimate lengths of time in forensic investigations.

There’s always a chance that a blow fly spotted indoors might have accidentally snuck in from outdoors, but in many cases it’s an indication of something dead.  Blow flies are able to detect the faint odors of death from long distances, so a single dead mouse, bat, or other creature in a home can attract these flies.  Rather than spraying an insecticide, the best remedy is to find the root of the issue and clean it up.  In many cases, it’s just a matter of checking mouse traps and discarding the mouse that had recently met its demise.

Another situation that I often see indoors is a scenario that has simply proceeded further than the last one.  If an adult female blow fly is able to locate a dead mouse (or other animal) and lay eggs unnoticed, the resulting larvae can consume most of the remains and complete their development.  If this happens, the first thing noticeable is often a bunch of maggots wandering the nearby area (the maggots often wander away from their food source when ready to pupate).  When they pupate, small brownish “pods” (puparia) may be noticed and upon reaching maturity, dozens of adult blow flies can seemingly appear out of nowhere.  In such a case, it’s generally an indicator that a dead mouse or other animal had been present for some time (often a few weeks). Unless there are additional resources for them, these flies usually perish quickly indoors.  This scenario frequently comes into play in second homes or cabins that are unoccupied for longer periods of time or if the dead animal is location in a tucked away or inaccessible spot (such as in a wall or ceiling void).