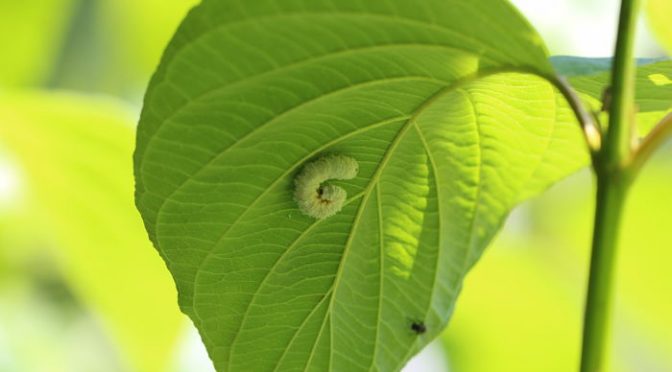 Imagine it’s August and as you wander in from your backyard, you notice a small pile of sawdust at the bottom of the door frame.  It might not be much sawdust, but you also find a few holes in the wood trim nearby.  It definitely seems to be insect damage, but who’s the culprit?

If you came up with a list of insects in the upper Midwest that can damage the wood of your home, it wouldn’t be terribly long.  For good reason, termites might be the first insect to come to mind, although our eastern subterranean termites are restricted to isolated pockets and are not commonly encountered in Wisconsin.  A close second on the list might be carpenter ants.  Interestingly, carpenter ants don’t technically eat (e.g., digest) wood and merely excavate soft, rotting wood to create a nesting site.  If anything, their presence in a home might be an indicator of a water damage.  Powderpost beetles can also attack wood and are commonly encountered in old barn beams and log cabins.  Carpenter bees help round out a list of the “usual suspects”.  These wood-boring bees can create good sized holes (a half inch across), although with their preference for unpainted softwoods used for trim, siding, and fence posts, their damage is mostly cosmetic in nature.

Then another clue comes to mind—the nearby shrubs that had been eaten by some kind of worm-like insect over the past few weeks.

When it comes to wood-damaging pests, sawflies generally don’t come to mind.  Sawfly larvae—Mother Nature’s caterpillar copycats—tend to feed on plant leaves.  Species like the European pine sawfly, dusky birch sawfly, rose slug sawfly, Columbine sawfly, pearslug sawfly, and birch leafminer sawfly can all be commonly encountered feeding on plants during the growing season.  One species that was common in 2018—the dogwood sawfly—is unique in that it not only causes plant damage but can also damage wood trim and siding of homes.  The dogwood sawfly is one of our commonest pests of native and landscape dogwoods (Cornus spp.).  When larvae are small,  they have a whitish waxy coating thought to mimic bird droppings and they can often be found curled up on the undersides of dogwood leaves.  As larvae mature, they lose the waxy coating and their black and yellow coloration becomes conspicuous.

So how does this plant-feeding species end up damaging wood?  As is the case with any insect that undergoes complete metamorphosis, the larvae need to pass through the pupal stage to make it to adulthood. Insect pupae, however, are generally immobile can make an an easy meal for any predator that stumbles upon them.  Thus, many insects seek out tucked away spots to complete their pupal stage.  When ready to pupate, dogwood sawfly larvae typically create their own hideaway by chewing small chambers in rotting wood such as twigs, branches, or logs near the shrub they had been feeding on.

If rotting wood is unavailable, the larvae may turn to other nearby wood materials—including wood trim and siding.  This typically occurs when larvae had been feeding on ornamental dogwood shrubs planted close to a home.  In the grand scheme of things, these insects don’t cause that much damage to wood, although homeowners won’t be thrilled if they’ve been caught off guard by this unexpected wood-damaging pest!